I thought I'd post a recent project I did for the Battleship NJ Museum ( https://www.battleshipnewjersey.org/ ) I was commissioned to scan the ship's bell from BB16 from 1906, which you can read more about here: https://en.wikipedia.org/wiki/USS_New_Jersey_(BB-16)

Originally someone was unsuccessful using photogrammetry techniques to capture the shape of the bell and the slightly incised lettering (only about .05" deep), so I was called out to 3D scan the bell. After scanning the bell on site, the data was brought into Aspire and remastered using Aspire's vector and 3D modelling tools. Due to compound polar distortion in how the lettering wrapped onto the hourglass shape of the bell, the shape of the letters were surprisingly distorted when in their unwrapped state. However, the unique tools in Aspire allowed me to remaster the overall shape of the bell, as well as deepen the lettering in preparation for 3D printing.

The overall diameter of the bell is about 34.5" in diameter and it is about 30.25" tall. Since this will most likely be 3D printed using a large orifice nozzle (probably 1mm or larger vs 0.4mm for most hobby printers), the fine hand-punched texture present in the original would not be resolved with the large layer thickness typical of a large format 3D printer using a 1mm+ nozzle. Instead, the letters were first removed from the face of the bell using Aspire, then deepened from 0.05" deep to about 0.1" deep. This will allow the finishers to smear a bit of putty into the letters and use a punch to reproduce the original authentic texture.

Anyway, I thought you guys would appreciate seeing this project and how Aspire can be instrumental in creating parts that are a bit outside the box. See attached PDF press release & pics. 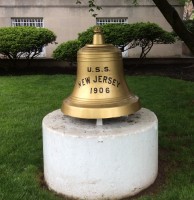 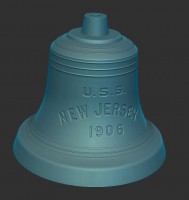 This is cool as all get out! Fantastic story and great insight into “your world”, Brady!
Michael Tyler

That is a very cool project.
Thank you for sharing.
Maker of sawdust
Top